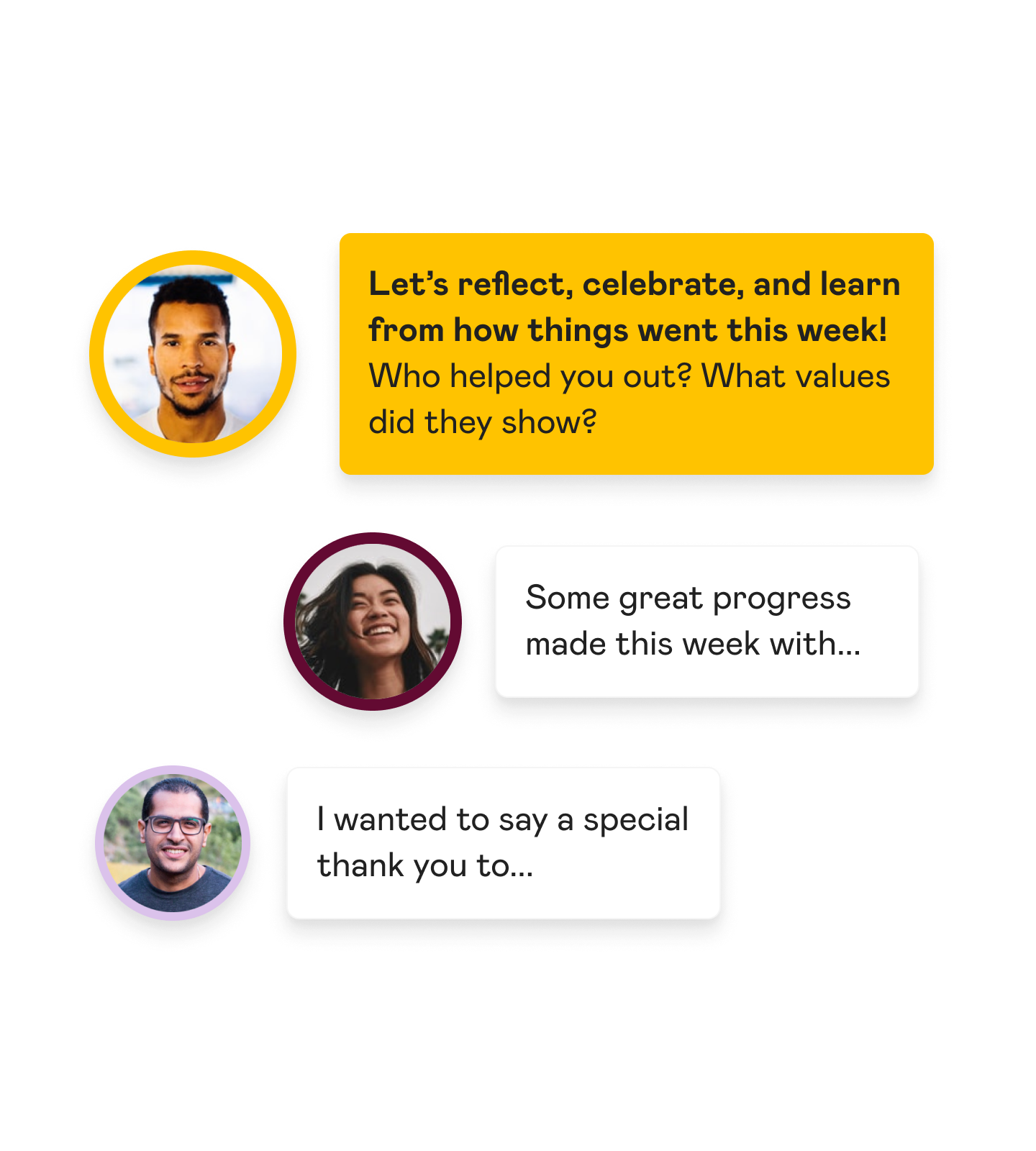 We all know we should take the time to appreciate colleagues, celebrate success and share key activities and results – but it often doesn’t happen. Mo closes the knowing-doing gap by encouraging your team to share the Moments that matter… and it all starts with a Boost.

What is a Boost?

You can choose from a library of Boosts – eg. ‘share weekly wins’ – or create a custom Boost. These simple automations take seconds to create, and recipients will be notified in-app and via email, prompting them to share their Moments.

Boosts empower everyone to cultivate the habits of high performing teams, one moment at a time.

Lack of recognition is the top reason why people quit. Meanwhile, companies with a ‘recognition-rich’ culture vastly outperform others.

So how come traditional rewards and recognition schemes often fail? And how can you create a recognition-rich culture?

The answer lies in focusing on the small stuff that adds up: sharing Moments that matter, consistently.

Start by creating a Boost that nudges your colleagues to share a Moment of appreciation each week, to let someone know why you value them. 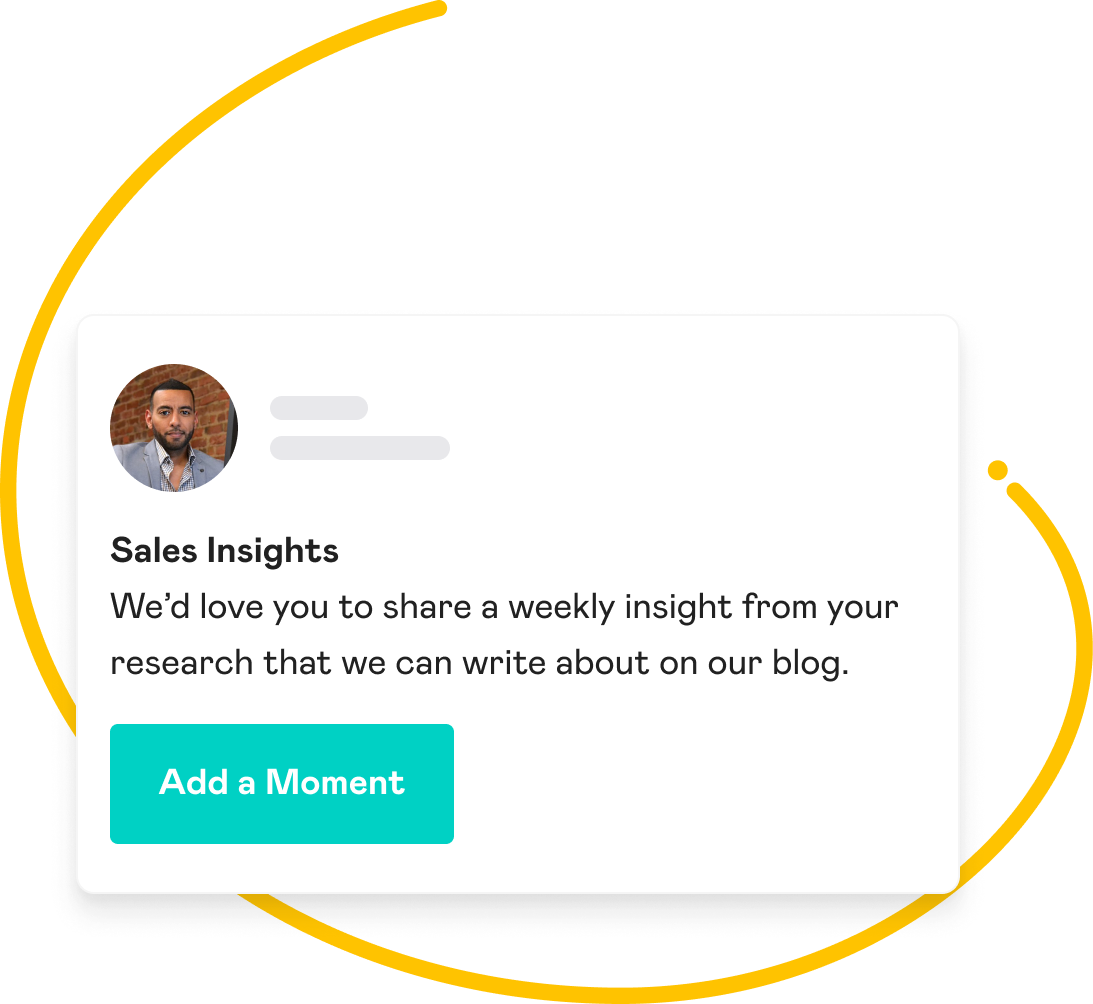 We all talk about improving cross-functional collaboration and breaking down silos, but the day-to-day always gets in the way.

Boosts enable you to overcome silos, once and for all.

Why not create a Boost for the Product team that nudges them to share weekly or monthly updates on new features that you can market to prospective customers?

Or a Boost for the sales team to encourage them to share a weekly insight on how your new demo process is going? 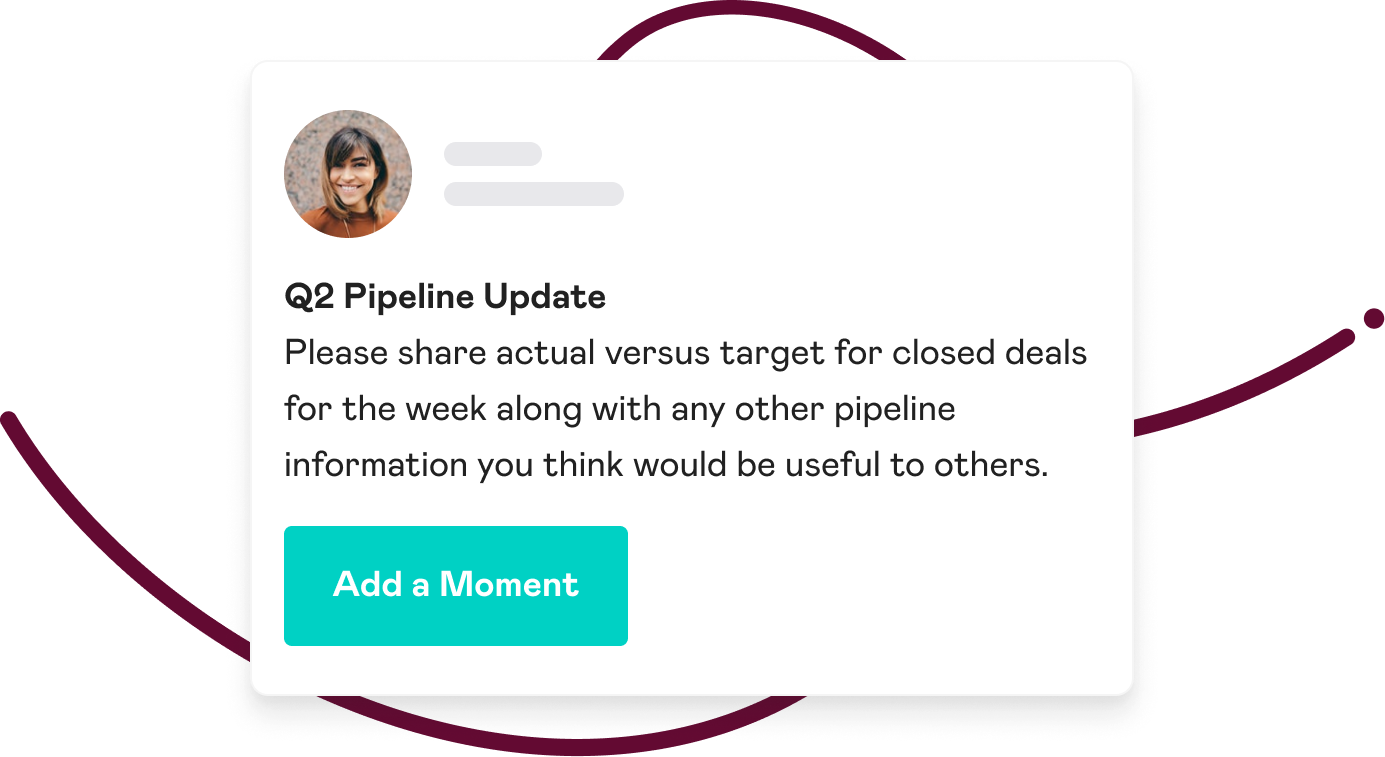 High performance teams have many ways of sharing key results: spreadsheets, dashboards, scorecards… but they’re full of detail, not a quick fix.

Email, Slack and Teams messages quickly disappear in the flow of work.

Why isn’t there a way to share key results – by individual, team, or company – that’s short, snappy and never gets lost? Well now there is. 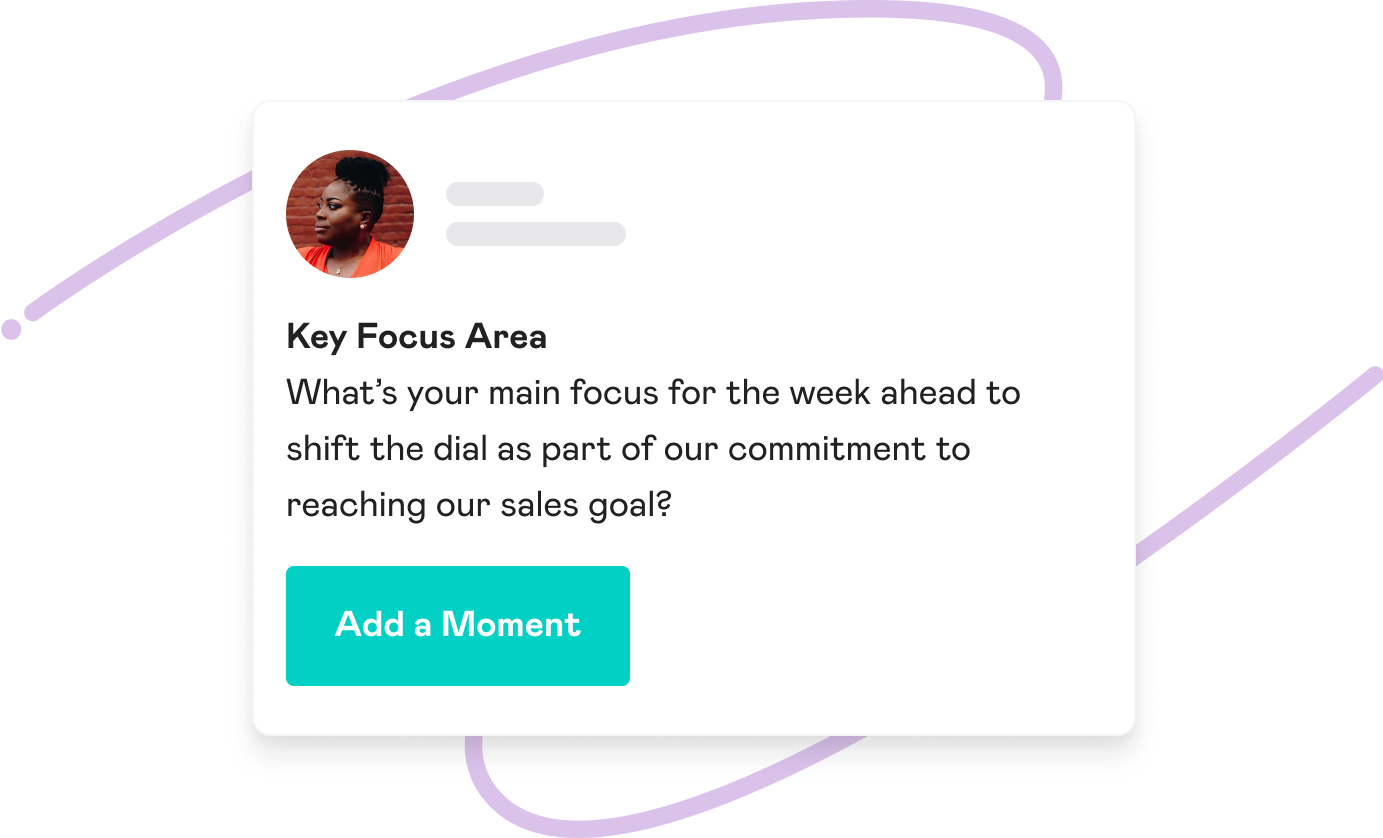 Create a culture of accountability

How do you create a culture of accountability without a heavy-handed approach that damages autonomy?

How do you stay informed without micromanaging?

Simply create a Boost that asks your team to share the one thing they’re focusing on this week towards achieving a common goal.

As this becomes a habit each week, you’ll start to create a culture of accountability, transforming culture, bottom-up.

You can even comment, share gifs, images, and emoji reactions on your colleagues’ Moments, which drives conversations around their priorities, improving transparency.

You can even dive into a Moment and share a reward there and then to acknowledge outstanding work 🏆. 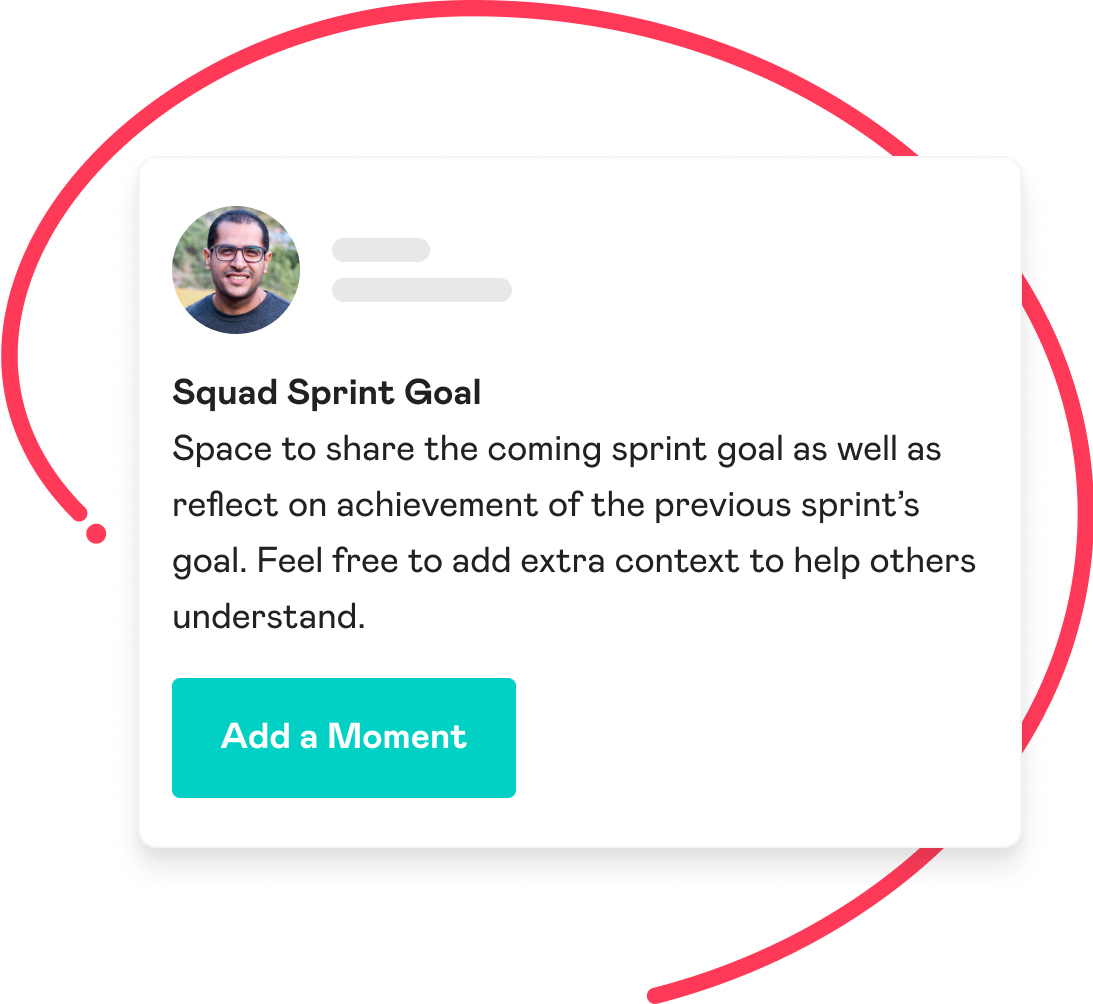 Boosts can help you build the habits and routines to embed your strategic planning process in your day-to-day.

Imagine you’re using quarterly OKRs that cascade from top down through each department…. Why not create a Boost that prompts people to share key activities that week that will help achieve their OKRs?

Or if you use agile methodologies, try creating a Boost that serves as a daily stand-up, prompting the team to share what they did yesterday, plans for today, and any blockers. 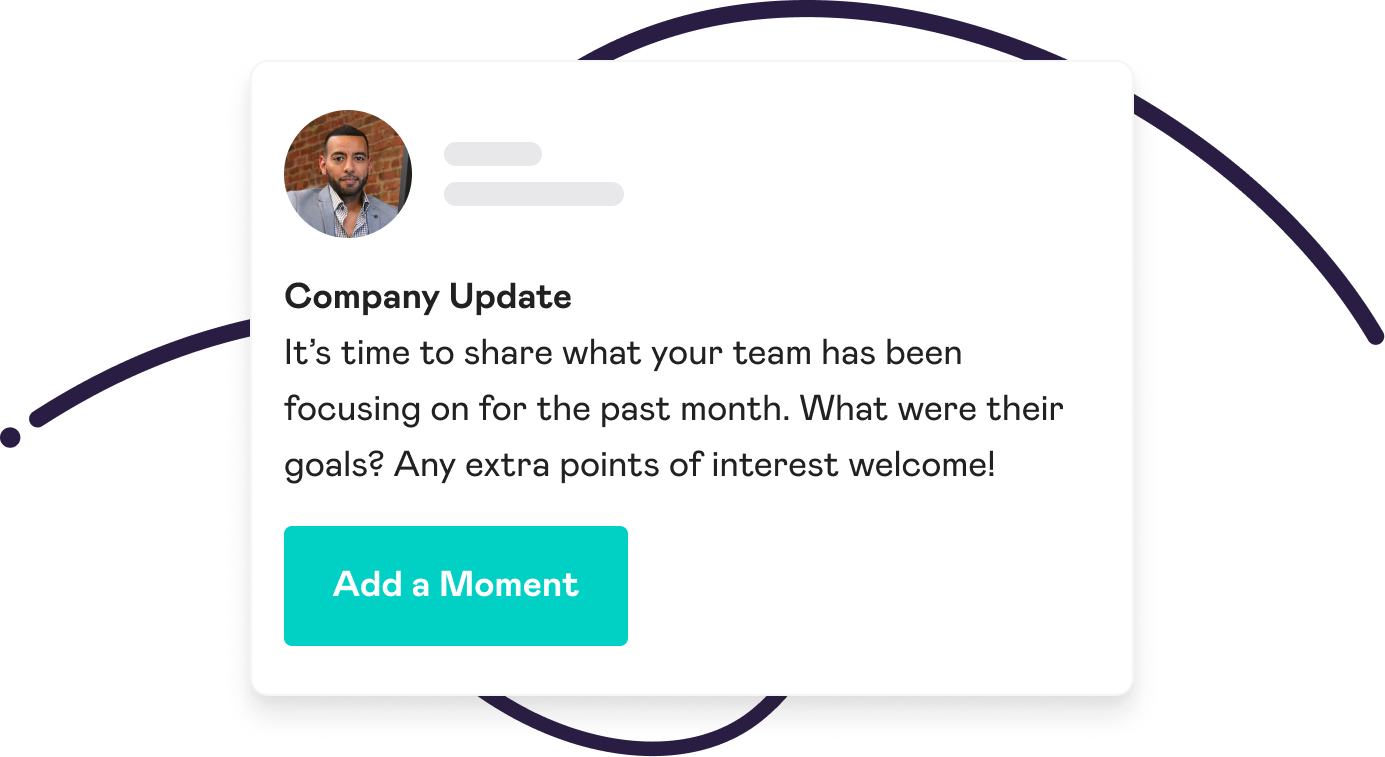 “I’ve been in back-to-back meetings all day; it was such an awesome use of time!” said nobody ever.

The cost of unproductive meetings, globally, is astounding. Somewhere in the region of half a trillion dollars each year.

Meanwhile, Zoom fatigue is the scourge of our new world of work. So how do you stay connected and informed, without resorting to even more meetings?

That’s where boosts come in. Replace that meeting with a Boost to prompt people to share the information you need to get on with your job. 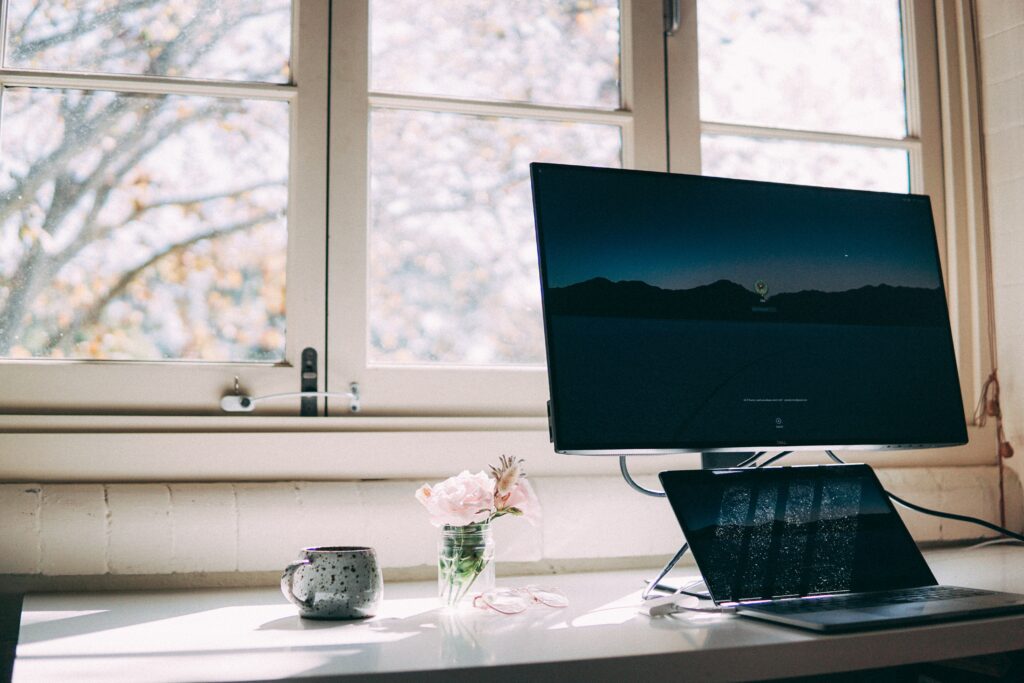 How to Build a Thriving Culture in a Remote Team

Remote working is here to stay. So how can leaders get around geographical distance and still cultivate a positive environment to keep employees happy and engaged? 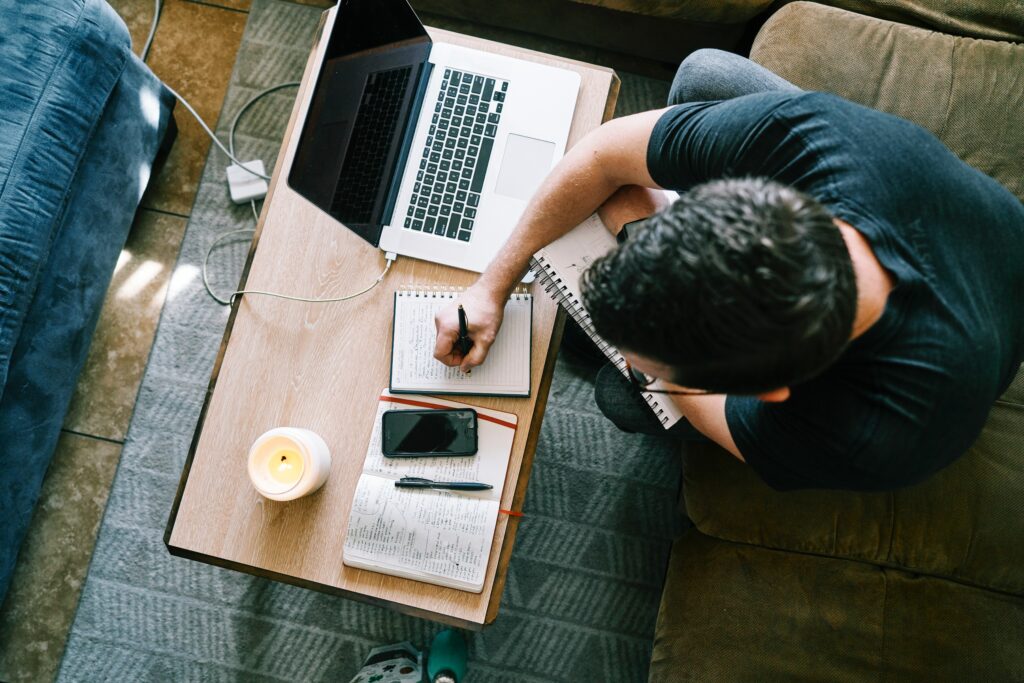 The Most Effective Ways for Building Trust as a Leader

You may feel that you intuitively build trust as a leader, but in reality you could be spending valuable time and resources on the wrong things. 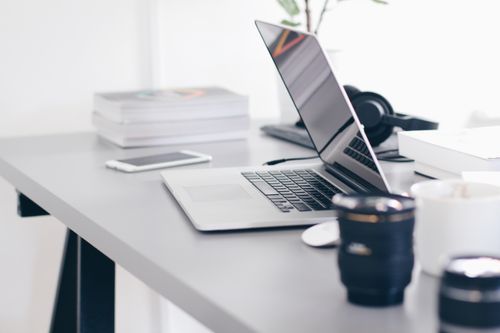 How to Create a High-Performance Culture

Did you know that one of the most important aspects of organisational leadership is creating a high-performance culture? Here’s how to do it!

What is a high-performance culture?

Culture is about the values, beliefs and behaviours embedded into the organisation. High-performance culture enables the organisation to achieve superior results and growth for the business and the people.

What are some examples of high-performance team habits?

High-performance teams use habits to promote better performance from the team and the individuals that make it up.

Here are five habits that high-performing teams often have. If you can instil these in each team member, you will be able to optimise overall performance and company success:

How long does it take to form a habit?

We know that certain habits can impact the quality and efficiency of our work and how well we interact with people around us in the workplace.

How long it takes to form a habit depends on the person. Creating desired habits in the workplace takes time and dedication. Without a significant transition period, you can’t expect your team to change instantly and do things in new ways. Every transition period depends on the complexity of the new habits you are looking to introduce.

What’s the difference between habits, routines and rituals?

When we talk about the habits of great teams, it’s often shorthand for something a bit more complex. Generally, it means a cycle of repeating actions regularly and can be a combination of habits, routines and rituals.

We tend to use these interchangeably, and it ultimately causes a bit of confusion. But here are the subtle differences between the three:

Sign up to our monthly newsletter for industry insights, employee recognition tips, and news from the world of workplace digital transformation ⚡️